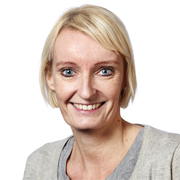 I have for several years been specialising in research about cultural journalism and cultural criticism in the media, incl. the interplay of cultural journalists and their news sources from the cultural industries; media sociological perspectives on cultural journalists; and longitudinal studies of the transformation of cultural journalism in Danish news media. In 2014, I initiated a Nordic research network for scholars stuyding cultural journalism (funded by NOS-HS 2014-15). The network is still active and its activities include a compartive study of discourses on popular culture products such as quality TV-series and bestselleres in Nordic newspaper, which I received funding for from Arts Council Norway (2016-17).From 2015 to 2019 I was PI of the research project From Ivory Tower to Twitter: Rethinking the Cultural Critic in Contemporary Media Culture, funded by Independent Research Fund Denmark (2015-2019). From 2020-2023 I am Danish partner and WP-leader in the H2020-project, INVENT, studying Europeans' conceptions of culture. From 2019, I serve as chair of Section of Media Studies at Department of Communication.

My primary research fields are media and journalism studies, incl.: