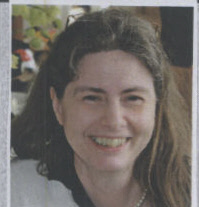 Project: “Establishment of a combined transformation and regeneration method for pea”. The project was finalised with a Ph.D from University of Copenhagen.

2014-2018       Stand in for Professor William Willats, Head of Section, Section for Glycobiology, PLEN, University of Copenhagen due to illness in the family.

I have been teaching on courses of bachelor, master and PhD level. Courses at bachelor level is in Danish and courses at master and PhD level are taught in English. The teaching covers biotechnology, plant anatomy, polysaccharides, inorganic chemistry and intellectual property rights.Since 2012 I have coordinated “Advanced Carbohydrate Techniques” and “Advanced Methods in Glycobiology” and have been active in developing the courses further. I am frequently used as examiner both at PLEN and DTU.

Function as chair for PhD committees.

Commissions of Trust and Professional Reviewing

Extensive funding record from Danish research councils, larger EU grants with multiple partners. The projects are often funded from or with industry.

Participated in in the open door arrangement in the green houses showing the community the research.

Culture night (one Friday every year the university together with other public places opens the doors for the public during the night. KU-LIFE has a mixture of displays, lectures and tasting). Wine and beer (2009). Candy (lecture on pectin in candy) (2010)

During the years I have hosted many 8 and 9 grades primary school students for a week stay to introduce them to science.