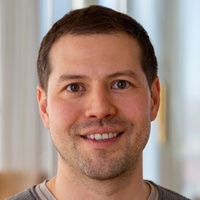 I am trained in biochemistry and molecular pharmacology, and have 3 years of experience from the pharmaceutical/biotech industry, though the majority of my research career has been in academia.
My research has focused on cellular and molecular neuropharmacology, where I have previously worked with neurotransmitter transporters before moving to GPCRs relevant in neuroscience.
My current research is focused on Cone snail peptides (conopeptides), specifically on conopeptides that mimic endogenous GPCR interacting human neuropeptides. I employ mainly bioinformatics and functional pharmacological assays to identify novel conopeptides as potential therapeutics and/or pharmacological tool compounds to better understand various neuropeptide systems.

My current research is centered around cone snail peptides, and specifically trying to identify cone snail peptides that mimic endogenous neuropeptides. To do this, I use several methods, ranging from a bioinformatics approach where I work on novel algorithms to identify these types of sequences (something traditional approaches, e.g. BLAST is not useful for) in the vast library of conopeptide sequences. Conopeptides identified here are subject to a thorough pharmacological characterization at the receptors of interest, in my case mainly various GPCRs. I am also working on a family of conopeptides that were previously identified, and that mimic the hormone peptide somatostatin. These have shown an analgesic effect that is mediated independently of the opioid system, so we are interested in these as potential candidates for replacing the traditional opioids (e.g. morphine) that are currently used clinically, but that have seom serious side effects and a high abuse potential.

We are always interested in hearing from potential students, who would want to do a research project in our lab. Please write an email, both if you have an idea yourself, that you’d like to use for a project, or if your just think our research sounds interesting, and want to hear about any projects we have, that would suit a student. You can read more about the group here on KU’s websites or https://helenasafavi.com.