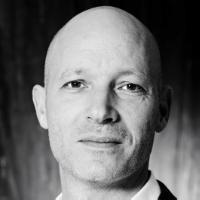 Membership of boards and professional associations

Chairman of the board of Helle Linde’s Cultural Foundation

Member of The Society for Danish Cultural History

Member of The Danish Committee for Urban History

Member of the editorial board of the publication series 100 Danmarkshistorier, Aarhus University Press (2016-18)

Member of the board of Golden Days Historical Festival (since 2012)

Chairman of the University History Council, University of Southern Denmark (2009-2012)

Critic and columnist at the Copenhagen weekly Weekendavisen (since 2004)

Referee for Danish and International journals

Countless appearances on TV, radio, podcasts, as invited speaker and as a reviewer and columnist

Member of the board of 4. Maj Kollegiet (hall of residence for direct descendants of members of The Resistance against the Nazi Occupation of Denmark 1940-45) (2020-)