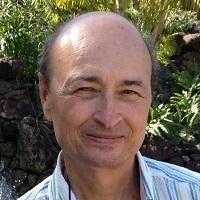 Born on 20th April 1952 in Blato on the island Korcula in Croatia, Yugoslavia. Married with Dora with whom he has two children and two grandchildren.

Honorary Member of the Italian Society of Mineralogy and Petrology

Development of original theoretical tools for the quantification of atomic coordination deformations in solids. Author of the computer program IVTON for the calculation and evaluation of geometrical aspects of crystal structures.

New methods for the quantitative analysis of phase composition and shape of anisotropic crystallites by powder diffraction.

With E. Makovicky and L.A. Olsen, discovery of the new type of the high-pressure phase transition: reversible phase transition with migration of chemical bonds mediated by the preservation and movement of the lone electron pairs of atoms.

Major contribution to the mineralogy of fumaroles from Icelandic volcanoes.

With various co-authors, discovery and determination of 22 new minerals.

Modular crystal structures and ordering of atoms in minerals (2006-2008: part of the project ORION under Eurominsci / Eurocores program)

Organizer and coordinator from 2005 of the Nordic Mineralogical Network. Leader of the subproject inside the EUROCORES program (2006-2008). Organized in 2007 the research group on fumaroles on active European volcanoes. One of organizers in 2008 of the interest group for research on crystal structures under high pressures. Member of the Danish National Committee for Crystallography from 2009. Member of the Evaluation Committee of the Swedish Research Council 2014-2017.

Various Bachelor, Master and PhD courses in Mineralogy, Crystallography and X-ray Diffraction at the universities of Zagreb and Copenhagen.

Structural State of Minerals and its Applications, PhD course University of Copenhagen 2010-2015.

Regular Lecturer for Stenvennerne, Amateur Geologists from Copenhagen from 2005.

Supervisor  for 12 Masters and 6 PhD students.