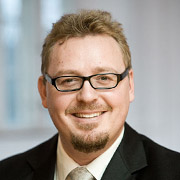 Timo Minssen is Professor of Law specializing in legal aspects of biomedical innovation at the University of Copenhagen (UCPH). He is the Managing Director and Founder of UCPH's new Center for Advanced Studies and the Collaborative Research Programme in Biomedical Innovation Law (CeBIL). As part-time Senior Advisor, he also specialises in supporting research infrastructures and their business partners in legal & governance matters.

Previously, Timo had been Professor of Biotechnology Law at UCPH's Centre for Information & Innovation Law (CIIR), Visiting Research Fellow at the Universities of Cambridge and Oxford (UK), Harvard Law School and at the Chicago-Kent College of Law (US), as well as Max Planck stipendiate at the Max Planck Institute for Innovation & Competition in Munich (Germany). Moreover, he was trained in the German Court system (Referendariat) and worked for shorter periods at the European Patent Office (EPO), leading law firms, tech start-ups and and for an interdisciplinary epigenetics project as a fellow of the Swedish Pufendorf Institute for Advanced Studies..

Timo holds a German law degree (Staatsexamen) from Georg-August-University in Göttingen, as well as Swedish biotech & IPR related LL.M., LL.Lic., and LL.D. degrees from Lund University and Uppsala University. His PhD thesis delivered a comprehensive study on the patentability of biopharmaceutical technology in the US & Europe, which received the Swedish King Oscar award. He has also received the Awapatent and Jorcks Foundation Research Prizes and was a finalist of the Swedish Wallenberg Academy Fellows program.