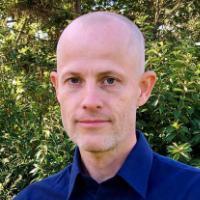 In my team, the Discovery group at Center for Medical Parasitology, we investigate the molecular aspects of the interaction between host and microbe during human malaria infection and aim utilize this knowledge to understand malaria disease progression and develop new adjunct therapies and vaccines against malaria.

Our work is focused on the molecular characterization of the host-parasite interaction mediated by the parasites' PfEMP1 proteins. We aim to understand the importance of this interaction for malaria pathogenesis and immunity and we have initiated work to design a vaccine and adjunct therapy that target and disrupt PfEMP1 function.

In areas endemic for Plasmodium falciparum a substantial percentage of young children die from severe malaria. Severe symptoms and deaths are precipitated by parasites binding in large numbers to side of the blood vessels. This binding is mediated by the P. falciparum erythrocyte membrane protein 1 (PfEMP1) adhesion proteins expressed on the surface of the infected red blood cells. PfEMP1 binds to human receptors on the vascular lining allowing parasites to sequester in the peripheral circulation. Thereby parasites avoid passage through the spleen, where they would be destroyed.

In malaria endemic areas individuals develop immunity as they acquire antibodies blocking the interaction between PfEMP1 and the receptors on the endothelial cells. A large degree of diversity has evolved within the pfemp1 genes to escape antibody recognition. However, the opposing selective pressures for human receptor binding (imposing conservation of protein structure) and immune antibody evasion (driving protein diversification), has shaped and restricted the PfEMP1 repertoire of each parasite to contain a set of similar types of PfEMP1 with similar spread of binding and immune evasion capabilities (see Rask et al 2010 and Smith et al 2013).

•           development of adjunctive therapies to alleviate the symptoms of severe malaria