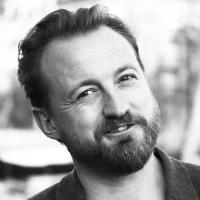 His research focuses on Nordic and international refugee and migration law, mobility regulation, and the relationship between international law and politics. He is author or editor of several books, including Access to Asylum: International Refugee Law and the Globalisation of Migration Control (Cambridge University Press, 2011), which received the 2013 KG Idman Award for best publication in international law, Tracing the Roles of Soft Law in Human Rights (Oxford University Press, 2016); The Power of Legality: International Law and its Practices (Cambridge University Press 2016); Human Rights and the Dark Side of Globalisation (Routledge, 2016) Protecting the Rights of Others (DJØF, 2013), The Migration Industry: The Commercialisation of International Migration (Routledge, 2013), and Sovereignty Games: Instrumentalizing State Sovereignty in Europe and Beyond (Palgrave, 2008). He is also series editor of the Routledge Studies in Human Rights and part of the editorial board for Cambridge Asylum and Migration Studies.

Thomas Gammeltoft-Hansen is a regular commentator on asylum and immigration matters in Nordic and international media. He has consulted for a number of international organisations, governments and NGOs, and previously served as member of the Danish Refugee Appeals Board.

Lecture on "refugee crisis" at the Royal Danish Academy of Sciences

CMS Migration series: “The End of the Deterrence Paradigm and Future Directions for Global Refugee Studies”

Lecture from the AHRI MOOC on mass migration