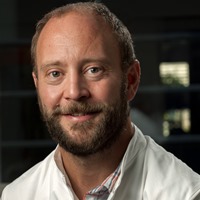 The role of bacterial and fungal biofilms in chronic infections

Basically, bacteria display two life forms during growth and proliferation. In one form, the bacteria appear as single, independent cells (planktonic), and in the other form bacteria are organised in sessile aggregates. The latter form is commonly referred to as the biofilm phenotype. Acute infections are assumed to involve planktonic bacteria, and are generally treatable with antibiotics, though successful treatment depends on accurate and fast diagnosis. However, in cases where the bacteria succeed in forming a biofilm within the human host, the infection often turns out to be untreatable and will develop into a chronic state. The important hallmark of chronic, biofilm-based infections is extreme resistance to antibiotics, as well as a number of other conventional antimicrobial agents and an extreme capacity to evade the host defense. In addition, since the bacteria in chronic infections are aggregated, resistance genes can be passed from one bacterium to the other.

The projects are in close collaboration with clinicians at most of the major hospitals in Denmark.

I am an consultant for: