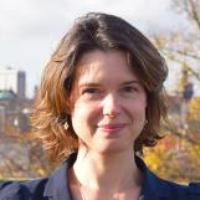 Business experience: Born and educated in Geneva, Sylvie Cavaleri passed her Swiss bar exam in 2002 and was admitted to the Danish bar in 2008.  Sylvie worked for two Swiss business law firms for a total of six years before joining a bank in Denmark in 2006 where she worked for two and a half years. After the completion of her PhD thesis in 2013 and in parallel with her academic activities, Sylvie worked as a lawyer for a Danish contractor between October 2013 and June 2014.

Academic experience: From March 2009 to July 2013, Sylvie worked on her Phd thesis titled "Concurrent Delay in Construction Disputes", which she defended on November 1st, 2013. During her time as a PhD fellow, Sylvie taught European private international law and the United Nations Convention on Contracts for the International Sale of Goods and occasionnally international commercial arbitration. After the completion of her PhD, Sylvie was awarded two post-doctoral grants for a project entitled "The interpretation and application of international standard contracts under different legal systems". In June 2014, Sylvie was offered a 4-year position as Assistant Professor during which she did focus on the above-mentioned postdoctoral research project and teach in areas related to her research. Sylvie became Associate Professor in private law with special focus on international contracts and dispute resolution in March 2018.