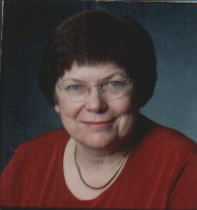 Sine Larsen research is in the areas of structural chemistry and structural biology, where her primary tool is X-ray crystallographic methods.

She was Director of the Centre for Crystallographic Studies 1993-2004 one of the first 23 centres of Danish National Research Foundation.

Sine Larsen was General Secretary and Treasurer of the International Union of X-ray Crystallography (IUCr) 1996-2005, and in 2008 elected president of the IUCr serving on the Executive Committee 2008-2014.  (http://scripts.iucr.org/cgi-bin/detailed_display?id=1782)

Since 2003 she has been heavily involved in the large research infrastructures generating X-ray synchrotron radiation and neutrons, as a Director of Research for Life Sciences at ESRF (European Synchrotron Radiation Facility 2003-2009 and as Director of the MAX IV Laboratory 2011-2012.

Presently she serves as a member of the advisory committees of several large facilities.