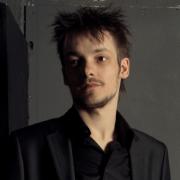 Obtained the Ph.D. from University of Copenhagen with the dissertation “The ALICE Forward Multiplicity Detector — from design to installation”

Starting studies in Physics and Philosophy at the University of Copenhagen.

Post-Doc. at the Niels Bohr Institute , University of Copenhagen, via a 4 year STENO research stipend from the Danish Council of Independent Research - Natural Sciences.

Post.-Doc. at the Niels Bohr Institute, University of Copenhagen, in the High Energy Heavy Ion group, via an internationalization grant (for work at Brookhaven National Laboratory and CERN) from the Villum Kann Rasmussen founda-tion.

Ph.D. stipend under the Centre for CERN Research (ICE2).

Received the ALICE Best Thesis Award 2008 for the Ph.D. thesis “The ALICE Forward Multiplicity Detector, from design to installation”.

Multiple stays at CERN for data taking, including first Pb–Pb collisions in November and December.

Stay at CERN in connection with first collisions.

Work on installation and commissioning on the FMD detector in ALICE at CERN.

Multiple stays at CERN to prepare the FMD for first collisions,and shifts during injection tests.

Multiple stays at to CERN to test, install, and commission the FMD.

Experiments at the Aarhus Storage Ring to test the FMD detector.

Multiple stays at CERN to test, install, and commission the FMD.

Stay at Brookhaven National Laboratory to take shifts at the BRAHMS experiment.

Multiple stays at the Aarhus Storage Ring to test the FMD detector.

Stay at Brookhaven National Laboratories in conjunction with deployment of calibration database, and work related to masters thesis.

Stay at Brookhaven National Laboratories in conjunction with finalisation of calibration database developments.

Stay at Brookhaven National Laboratories in conjunction with the commissioning the BRAHMS detectors and development of the calibration database.

Talk “Flow in the FMD.” at the ALICE Flow meeting, CERN, Geneva.

Talk “The ALICE and FMD” at Nordic ALICE Meeting on ALICE physics.

Talk “Configuration of the FMD digitizer” at the ALICE meeting on Configu-ration of the TPC Front–End Electronics.

Gave a lecture for high–school students from Frederiksberg gymnasium on Physics at the LHC.

Gave a lecture for high–school students from Bjerringbro Gymnasium on the Standard Model.

Teacher in the course “Laboratory exercises for 1st year Physics.”

Gave lecture for the general public at ‘Kulturnat’ on heavy ion physics.

Assistant teacher in the course ‘Datalogi for Fysikere’ (‘ComputerScience for Physicists’).