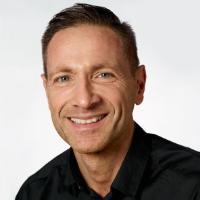 Robert W. Rix (Dr Phil., PhD.) is associate professor at the University of Copenhagen. I have published widely in several areas relating to the eighteenth and nineteenth centuries: Romanticism, politics, religion, language, nationalism, Nordic antiquarianism, and print culture/book history. I have published the monographs William Blake and the Cultures of Radical Christianity (2007) and The Barbarian North in Medieval Imagination: Ethnicity, Legend, and Literature (Routledge 2014), as well as edited several collections of articles. I am currently working on the Arctic. My forthcoming book is entitled The Vanished Settlers of Greenland: In Search of a Legend and Its Legacy.

I was editor-in-chief of the journal Romantik: Journal for the Study of Romanticisms for nine years.