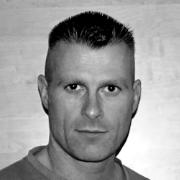 Ever since the German pathologist Rudolf Virchow made his famous thesis in 1855 that every cell originates from a cell (“omnis cellula e cellula”) it has become increasingly clear that cancer originates from a single cell in a tissue of origin. Since cancer also quite often is a caricature of the normal tissue homeostasis as highlighted by Pierce and Speers in 1988 much interest has been focused towards the specific cell of origin as a critical determinant of tumor phenotype. We are particularly interested in breast cancer which has been classified into at least five intrinsic subtypes reminiscent of different cellular phenotypes in the normal human breast. For a normal cell to accumulate aberrations it takes at least two fundamental events: cell division and permanent residency in the tissue. Therefore it has been speculated for decades that in general the most obvious candidate cell of origin of cancer is the somatic stem cell. Such cells divide and are considered long-term tenants. Indeed, intriguing new data from Bert Vogelstein’s laboratory suggest that there is a direct association between the life time number of stem cell divisions in a tissue and the risk of developing cancer. Experimental proof of a stem cell origin of cancer first came in 1997 from leukemia in John Dick’s laboratory. Later, in 2003 ,evidence was provided by Max Wicha and Michael Clarke demonstrating that also breast cancer rely on so-called tumor initiating cells or cancer stem cells for maintenance and progression. While it is tempting to assume that cancer stem cells originate from normal stem cells this remains an open question. As far as the breast is concerned any dividing cell with a long-term residency candidate for a cell-of-origin status. This explains why it is so pivotal to map the human breast stem cell hierarchy and gauge for transformation at different stages of differentiation. Determining the exact evolutionary trajectory of different subtypes will eventually lead to better preventive measures specifically targeting the relevant cells of origin and improvements of precision medicine.

The effect of pregnancy levels of estrogen on human estrogen receptor positive cells.
A full term pregnancy at an early age is the only known physiological lifestyle factor that can reduce the risk of developing breast cancer later in life. Interestingly, this only impacts on estrogen receptor positive breast cancer which primarily develops in postmenopausal women. Women who have undergone a first full term pregnancy/birth before the age of 20 years have a 50% reduced life time risk of developing breast cancer compared to nulliparous women. Paradoxically a first pregnancy after the age of 35 years increases the risk with about 20%. The reason for these observations in terms of biological explanations remains largely obscure. It probably has to do with circulating levels of estrogen. These rise approximately 100 fold in the last trimester of a pregnancy prior to parturition. Experiments in rats and mice have been performed to mimic the pregnancy levels of estrogen in absence of pregnancy. This has turned out to convey the same level of protection as a full term pregnancy. Therefore, it is conceivable that estrogen elicits its effect at the cellular level either by altering the number of breast stem cells or by permanently desensitizing or alternatively sensitizing the estrogen receptor positive cells to estrogen. We are currently investigating these possibilities.

The cellular origin of estrogen receptor positive breast cancer
Two of the most prominent subtypes of breast cancer are the basal-like subtype and the luminal subtype. Whereas the basal subtype most likely originates - somewhat paradoxically - from luminal progenitors, the origin of the luminal subtype remains unresolved. Much of the hypothesis generation concerning the human setting has relied on lineage tracing in mice. There it turns out that the cellular turnover in the adult is carried out exclusively by self-duplication within the lineages and thus without appreciable lineage crossover. This is important because it implies that both luminal and basal stem-like cells exist as a potential source of cancer. On the other hand it has also been demonstrated that lineage crossover may occur as a result of tumor initiation. Accordingly, a major goal for us is to establish sensible human-specific cell based assays for both luminal estrogen receptor positive cells and myoepithelial cells and further transform these cells with known driver oncogenes relevant for the different subtypes. We have at hand a number of physiological readouts both culture based and in vivo for the detection of the different stages of transformation once induced by oncogenes.

The role of the stroma in maintaining tissue homeostasis
The human breast consists of two anatomical compartments the ducts and the terminal duct lobular units (TDLUs). Interestingly, most breast cancers arise in the TDLUs where cellular turnover under resting conditions is highest. There are a number of molecular and morphological characteristics discriminating ductal and TDLU cells. However, exactly what governs the growth of TDLUs in favor of ducts in a topographical context remains a mystery. We speculate that it is the surrounding stroma that is either keeping ducts in check or directly inducing growth in the TDLU’s in a paracrine or extracellular matrix dependent manner, or both. Essentially this would imply that that stroma is dominant even in the adult and thus composed of at least two lineages as it has been shown in the skin. We have isolated, characterized, cultured and hTERT-immortalized two types of fibroblasts coming from around ducts and TDLUs, respectively. We plan to make co-cultures with human breast myoepithelial and luminal cells to unravel whether fibroblasts are the reason for the phenotypic differences seen in situ. Furthermore, we plan to ask the question of whether fibroblasts sets the threshold for transformation and thus explains the anatomical differencies in cancer susceptibility.

Characterization of double positive progenitor cells
We first identified candidate stem cells in the human breast. These cells were double positive for keratin K14 and K19. Later we and others found that they are also positive for ALDH, SSEA4, keratin K15 and c-kit. The latter allows for some degree of prospective FACS-based purification. In the human setting keratin K14/K19 double positivity still remains the most valid criteria for claiming human breast progenitor activity. That said we fail to enrich for these cells to a level where they can be characterized further at e.g. the single cell level. In an effort to get a better handle on these cells we are currently screening our antibody repository for candidate surface markers for FACS based enrichment. One promising candidate is CD146. With this marker in hand we believe that we may be able to sort out a current controversy about the exact location of double-positive cells in the breast. Thus, while we have reason to believe that it is mainly in terminal ducts others have reported on their presence in lobules. In a large scale screening we are in the process of addressing whether this discrepancy originates in differences in age among the donors.