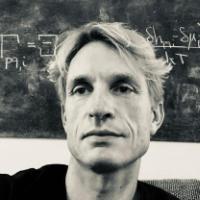 Peter Krogstrup is a Professor at UPCH and has a Starting Grant from The European Research Council (ERC). Peter Krogstrup is also a Principal Researcher for the Project Q Experimental Physics Initiative which is a collaboration project between the University of Copenhagen and Microsoft. Furthermore, Peter Krogstrup is engaged by Microsoft to perform quantum research.

His main research interests are the field between material science and quantum  transport with an ambition to produce new materials for future quantum electronic applications. Currently, his focus is directed towards controlling the formation of heterostructure III-V/superconductor nanowires for topological superconductor devices.

Peter Krogstrup has a dual appointment with UCPH and Microsoft.