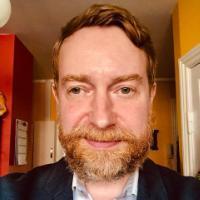 From Feb. 1., 2019, I will be part of a Scandinavian research group, studying Scandinavian LGBT-history under the headline: 'A Nordic Queer Revolution? Homo- and Trans-Activism in Denmark, Norway and Sweden 1948-2018'. The project is transnational, and my part will deal with the Scandinavian LGBT associations in the twentieth century.

From 2012 through 2014 I was doing a post.doc. in a larger Nordic project, History of Nordic Historiography beyond Methodological Nationalism - Comparative and Cross-National Perspectives, c. 1850s onwards. In my part I focus on the breakthrough of social history in the 1960s in the Nordic countries and the methodological and theoretical discussions that followed.

Danish and European History in the twentieth century