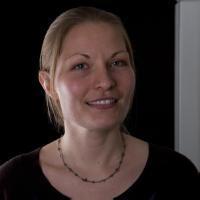 My research revolves around media and their role in societal changes, particularly in the context of conflict and repression with a focus on the disenfranchised and actors who challenge the status quo. I am specialised in the Middle East and have conducted ethnographic fieldworks in Egypt, Syria and the Öresund Region.

I have a degree in anthropology from University of Copenhagen (2009). I have taught anthropology, visual methods and social structures in the Middle East. I am co-organiser of the e-seminar series under Media Anthropology Network of the European Association of Social Anthropologists (www.media-anthropology.net/). I participate in the research projects, DIGINAUTS and Archiving the Future: Re-Collections of Syria in War and Peace.

My current postdoc project, Navigating uncertainties, making places familiar: Migrants’ media use during flight, arrival and beyond, is part of DIGINAUTS and runs from October 2018-September 2020.

I currently work on two research projects, DIGINAUTS og Archiving the Future. My involvement in these projects are detailed below.

In the continuously and rapidly shifting circumstances of borders closing, laws changing and other obstacles appearing and disappearing, migrants navigate in uncertainty and precarity as they move through and to unfamiliar places. In this vulnerable situation, migrants increasingly use digital media when moving, countering language barriers, creating knowledge and building bonds and trust (Crawley et al. 2017; Gillespie, Osseiran, and Cheesman 2018; Van Liempt and Zijlstra 2017). Their digital media use is intrinsically entangled with policy changes, technological developments and volunteer initiatives. This research project positions media related practices (Hobart 2010) of migrants in the context of the complex interplay between policy, technology and activism and approaches media as place-making (Moores 2012; Mollerup 2015). The project seeks to ethnographically examine (1) how migrants in the Oresund Region use media related practices to navigate shifting and uncertain circumstances, including during their journey to the Oresund Region and (2) how these practices interplay with policy, technology and volunteer initiatives. The project will pay particular attention to when migrants have carried out their journeys in order to contextualise these with specific policy changes, technological developments and establishment of volunteer initiatives. The project will contribute to DIGINAUTS by ethnographically shedding light on the interplay of migrants’ media related practices with policy, technology and volunteer initiatives through careful collaboration with other DIGINAUTS researchers.

I investigate collective archiving as a vernacular practice through taking into account the broad range of actors involved in the event of photography (Azoulay 2016). The empirical focus of this subproject is Syrian Archive (syrianarchive.org) and its partners. Syrian Archive is a Syrian-led, Europe-based collective of human rights activists that works to identify, collect, secure the preservation of, verify, and publish images of human rights violations and other crimes committed by all sides in the conflict. Syrian Archive collaborates with a broad range of actors, including organizations such as WITNESS and International Media Support (IMS) to train photographers and develop methods of verification. They host a growing archive of over 3.300,000 collected digital videos and images. When put together, these images form a forceful, collective archive of the war, creating a potential for future justice. With the broad range of actors involved in this form of archiving, the authority and legitimacy of the images are not pre-established. Therefore, this subproject investigates the collection and use of these images, particularly in relation to procedures of verification and evidence (Engelke 2009), acknowledging this as a conversation, which draws into the past as well as the future.