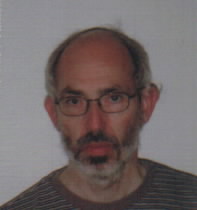 1990-93: Research Fellow and PhD student at the Department of Church History, University of CPH.

1994: PhD (dissertation on the liturgical origin and genre of the medieval Latin music drama), Univ. of CPH.

1993-95: Research Fellow, Centre for Christianity and the Arts at the Copenhagen Faculty of Theology (sponsored by the Danish Research Council of the Humanities).

April 1995-July 2000: Research Lecturer at the Theological Faculty in Copenhagen.

In addition, 1997-August 2002: Visiting Professor of Medieval Chant at the Centre for Medieval Studies at The Norwegian University of Science and Technology, Trondheim, Norway.

February 2002 - 30 June 2010: Centre Leader for the Centre for the Study of the Cultural Heritage of Medieval Rituals at the Section of Church History, Faculty of Theology, Copenhagen, sponsored by The Danish National Research Foundation.

2010-2013: Leader of an international collaborative project under the ESF (European Science Foundation) programme EuroCORECODE: Symbols that Bind and Break Communities: Saints' Cults as Expressions of Local, Regional, National and Universalist Identities. The collaboration is between groups of researchers at the universities of Trondheim (Norway), Tallinn (Estonia), Krems (Austria), and Copenhagen (Denmark)

Since 2013 chairman of the Research Committee of the Faculty of Theology.

Member of the Editorial Board of Studies in Medievalism (Boydell & Brewer, Cambridge)

Member of the editorial board: Danish Yearbook of Musicology

Member of the board of the collaborative project Authority and Persuasion: the Role of Commonplaces in Western Europe (c. 1450-1800) between the Cultural Heritage Centre and institutions at the universities of Groningen (NL) and Durham (UK), supported by the Dutch Research Council (2007-10).

Member of the advisory board for the project Ars edendi, Dept. of Classical Languages, Stockholm University (leader: Prof. Gunilla Iversen).

Member of the advisory board for the Nordic Society for Intermedial Studies, Växjö University, Sverige.

NHP grew up in a family where musical performance (classical music including contemporary music) was central. He has been taught piano since the age of 7 and composition since the age 16. NHP is a member of the Danish Composers' Association and has composed music and had his music performed since 1967. He has written chamber music and works for various solo instruments; cantatas, church music, electrophonic music, e.g. Fragments of a Distant Voice 1992 commissioned by the Danish National Radio, as well as two operas (A Vigil for Thomas Becket 1989 og The Praises of Queen Ingeborg, 1991);  NHP was awarded the Hakon Børresens memorial prize in 1993 for these operas.

A Vigil for Thomas Becket was performed in Copenhagen in 1990 and again under the Bi-annual Festival of The Danish Composers' Association in 1998. It was presented academically in combination with a semi-staged performance of parts of the opera at the international Studies in Medievalism conference in Canterbury, UK in 1997.

NHP has received support from the Danish Art Council several times. See also NHP's composer homepage under website of The Danish Composers' Association (Dansk Komponistforening). It is (so far) only in Danish, but a few musical works can be heard via the homepage: http://www.komponistforeningen.dk/node/8824 .