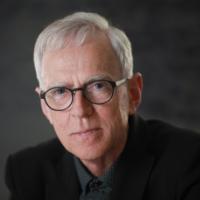 Cappelørn is currently engaged with the republication of Kierkegaard’s published works and some of his unpublished writings in a 15 volume paperback edition titled Søren Kierkegaards Værker (Søren Kierkegaard’s Works, SKV) from Gyldendal Press. In order to accommodate a wider reading audience, SKV includes an adjusted and expanded selection of linguistic notes from the research edition. The typography of SKV has been electronically scaled down so that the text, page numbers, and line numbers are identical to SKS. The first volume was published in 2015 and the entire series is expected to be published by 2019.

Cappelørn has worked concurrently on a study treating the unique strategic role of Kierkegaard’s pseudonymous work Either/Or in his activity as an author and in the dialectical structure of his authorship. It will be published in a German anthology in 2018.

In addition, Cappelørn is currently doing research for a project focused on Kierkegaard’s thirteen ‘Friday Communion Discourses.’ This theological reading and analysis of the discourses is envisaged as a monograph.