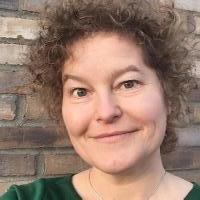 I am currently PI and coordinator for the Danish team in a collaborative European research project funded by NORFACE Democratic Governance in a Turbulent Age research program using computerized methods for researching visual and text based mobilisation (Starting date 2020). I coordinate an EU-project on voters of far-right political parties in Denmark and Poland (PI Malgorzata Kurjanska, EU MC-AWAKE Project, 2020). I coordinate an EU project studying the securitization of language learning for migrant integration from an intersectional perspective (PI Kamran Khan, EU MC-CVELANG Project, 2021).

I have been the PI of the EU co-funded research project “Translating Diversity—Refugee women's and LGBT refugees' voices, protest, and intersectional coalitions on gender and migration in Germany and Denmark” (2016-2018).

At the Department of Sociology, I coordinate the CoMMonS Centre for Political Mobilisation and Social Movement Studies and I am a member of the Culture and Civil Society Research Group. I co-chair the Council of European Studies International Migration Research Network.

In my monograph Political Translation—How Social Movement Democracies Survive (Cambridge University Press, 2018) I try to understand how and under what conditions increased linguistic and cultural diversity fosters democratic innovation in the areas of social movements and intersectional coalitions including migrants, refugees, and citizens with different backgrounds, and political participation in Europe and the United States.

As a cultural sociologist I study migration, political mobilisation, and intersectional approaches to citizenship focusing on three areas. First, I study migrants' political participation in the context of protests and local democracy in US cities, and in the context of queer and feminist solidarity coalitions with refugee women and LGBTI refugees in Denmark, Sweden and Germany.

Second, I work at advancing an interdisciplinary theory and method for combining critical discursive and visual digital media analysis, and I apply this method empirically in order to study political mobilisation, polarisation and public debates on the issues of gender and migration focusig on far right, and right wing populist political actors.

Third, my work connects democratic theory with the microsociology of citizen participation, deliberation and grassroots democracy in societies contending with rising diversity and inequality. In my book Political Translation—How Social Movement Democracies Survive (Cambridge University Press, 2018) I account for the collective practices of political translation, which helped multilingual and culturally diverse community groups and intersectional coalitions work together more inclusively. Based on ethnographic case studies in the US, Germany, Italy, France, and the UK, the analysis reviews a wide range of political deliberations covering high-stakes, fundamental issues, such as inequality in the context of European integration; and polarisation, race, gender, and housing politics and gentrification in the United States.