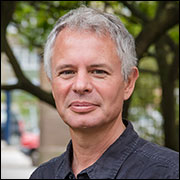 Mortens scientific achievements include identification of the source of magnetism of Martian dust and soil; participation in proving the presence of water ice in the Martian sub-surface by NASAs Phoenix lander; participation in establishing on the surface that Gale crater once supported running water in form of rivers.

Co-author of more than 120 publications in peer reviewed international journals.