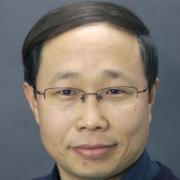 Mingshi Yang received his Ph.D. from Shenyang Pharmaceutical University, China, in 2003, and then conducted postdoctoral research in Gifu Pharmaceutical University, Japan (2003-2005) and The Danish University of Pharmaceutical Sciences (2005-2006), respectively. After having worked as a research scientist in Novo Nordisk A/S (2006-2009), he took up the current position in University of Copenhagen in June 2009. His research has been focused on engineering micro/nanoparticles to improve delivery of both biopharmaceuticals and small molecule therapeutics via various administration routes. He is a board member of two international peer-reviewed scientific journals, and Chinese Society of Particuology - Bioparticle Association, also serves as a reviewer for more than 20 international scientific journals. He received a senior visiting scholarship from Fudan University (2014-2015), and received Pan Deng Scholar from Liaoning Province, China, 2015.

The current research is focused on engineering of micro/nanoparticles or nano-composite particles via wet chemistry or atomization technologies including spray-drying, spray freeze-drying and electrospraying/electrospinning for respiratory, peroral or subcutaneous administration of poorly water-soluble drugs, protein/peptide drugs and siRNA. Another emphasis of the current research is placed on characterization of the physical and chemical stability of the protein and peptide drugs upon the processing.