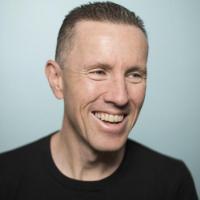 You can download many of my articles at academia.edu.

I am the coordinator of the master's programme in the Religious Roots of Europe, and I teach biblical and rabbinic Hebrew, classical Arabic, classical Syriac and other Aramaic dialects, and the study of religion.

I am also a trained coach (PCC) and team coach (ORSCC) with experience from the private sector (ca. 800 hours of professional coaching). I am interested in coaching as a way to improve health outcomes and I have done projects with the Health Services Research Unit, University of Southern Denmark.

In my linguistic research I have since 1996 - in addition to various syntactic issues - been interested in the dating of Hebrew biblical texts on the basis of language. This has led to a book in two volumes, co-written with two colleagues, Ian Young (Sydney, Australia) and Robert Rezetko (Tucson, Arizona), Linguistic Dating of Biblical Texts (London: Equinox 2008).

The interesting thing about this subject is that it for many people has represented the last stand against the late-dating of many of the biblical texts: "They are written in old-fashioned Hebrew, hence they must be old" (which therefore increases the likelihood that they reflect historical realities, e.g. the royal dominions of David and Solomon).

This is interesting because the linguistic evidence in no way can carry this burden. What we argue in the book, however, is not that texts written in old-fashined Hebrew necessarily are late. Our point is that the linguistic evidence can go both ways: Linguistically it is at least just as likely that the texts are late, even though they are written in old-fashioned Hebrew. The choice between a more or less conservative linguistic style was obviously a question of genre and author, and good old-fashioned Hebrew was in use until quite late.

The chapters of my dissertation have been published in various journals, but here it is as pdf, Martin Ehrensvärd, dissertation 2002.