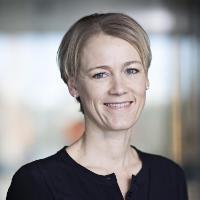 Marie Kveiborg (MK) received her PhD in Molecular Biology in 2000. Her thesis work on cytokines and growth factors in bone cell differentiation was performed in the laboratories of Profs. Moustapha Kassem and Brian Clark at the Department of Molecular and Structural Biology, University of Aarhus.

In 2000 – 2002, MK was a post-doctoral fellow in the laboratory of Prof. Roland Baron at Yale University School of Medicine, New Haven, USA, investigating the role of AP-1 transcription factors in mesenchymal stem cell differentiation.

In 2002, MK was awarded a 3-year post-doc stipend from the Danish Medical Research Council to study the transmembrane metalloprotease ADAM12 in mesenchymal cell differentiation, in the laboratory of Prof. Ulla Wewer, at Institute of Molecular Pathology, University of Copenhagen. Continuing her work on ADAM12 functions in normal cell biology as well as in cancer, MK was employed as an Assistant Professor at the Department of Biomedical Sciences, University of Copenhagen during the period 2005-2008.

In 2008, she was appointed Associate Professor at the Department and since then, she has broadened her studies to other ADAM proteases, focusing on intracellular ADAM protein trafficking and the role of kinases, adaptors and transport molecules in their spatiotemporal regulation.

We investigate transmembrane ADAMs (A Disintegrin and Metalloproteases) and their interaction partners. Most notably, ADAMs are essential for growth factor receptor signalling and engagement of adhesion molecules, with major impact on diseases like cancer and inflammatory conditions. Our overall scientific objective is to understand fundamental properties and mechanisms of ADAM proteases in normal cell biology and in disease – especially cancer.

Recently, we have taken a high-through put screen approach to identify novel ADAM substrates, interaction partners and regulators, and our studies range from biochemical structure/function analyses to murine disease models.

More specifically, we examine the complex interplay between ADAM proteases and other cell surface proteins (e.g. integrins and MMPs) and how this contributes to tumour cell proliferation, migration/invasion and survival. We also investigate the subcellular localization and dynamic trafficking of ADAM proteases, and the role of intracellular protein kinases (e.g. Src and PKC), adaptor (e.g. Grb2 and endophilin) and transport proteins (e.g. PACS) in their spatiotemporal regulation.

Course leader and lecturer at undergraduate courses in Molecular Pathology for Molecular Biomedicine students and in Basic Pathology for MD-students. Involved in PhD courses on extracellular proteolysis and matrix biology.