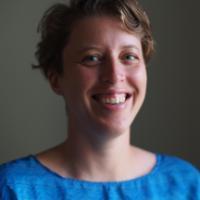 Maria Damkjær researches British literature and print culture in the nineteenth century. She holds a PhD from King’s College London (2013). From 2014 to 2018, she held an individual postdoc-stipend from the Carlsberg Foundation, hosted by the Department for English, Germanic and Romance Studies at the University of Copenhagen.

In 2019 Maria was awarded the Teacher of the Year Award for the University of Copenhagen.

Marias current research focuses on hidden advertising, page fillers, and other unusual genres in British periodicals from the nineteenth century. She has also been connected to the research project Cultures of Topology, which has resulted in an article on the locus amoenusin the British novel from Austen to Wilde. In 2017 Maria published an article on umbrellas, comedy and masculinity in Victorian culture in the journal Victorian Literature and Culture.