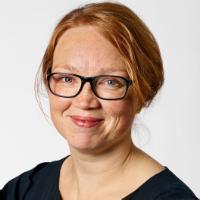 My primary research interests are:

My research focus is currently primarily on 'place' as a sociolinguistic factor and its connection to processes of dialect leveling. How does factors tied to a place - e.g. historical, economical, socio-economic, and attitudinal - influence dialect use and change. My postdoc is part of two research projects that investigate language and place as well as dialect leveling in four different locations in Denmark. One project "Language and Place - Linguistic Variation in Urban and Rural Denmark" is financed by the Danish Research Council for the Humanities. It is a comparative study of young people's language use in multicultural, urban Vollsmose in Odense and rural Bylderup in Sønderjylland (https://nfi.ku.dk/lapur/english/ ). The second project, "Dialect in the Periphery" financed by The VELUX Foundation, examines young people's use of dialect in Northern Jutland, Southern Jutalnd and the island of Bornholm (https://nfi.ku.dk/dpef/english/ ). My primary focus is on the Southern Jutlandic site of investigation.