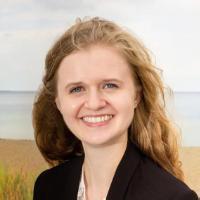 I am a PhD fellow in Regulatory Science and my PhD project is titled: The shifting regulatory landscape of biosimilars from stakeholder perspectives.See more about this below under "Current research".

I am affiliated to the Copenhagen Centre for Regulatory Science (CORS), see more at https://pharmacy.ku.dk/research/cors/

So far my research interests have focused on the topics of:

My current research focuses on biosimilars and biosimilarity, which are the overall topics of my PhD project. The project title is: The shifting regulatory landscape of biosimilars from stakeholder perspectives.

A biosimilar is a biological medicine highly similar to another already approved biological medicine (the ‘reference medicine’) as defined by e.g. the European Medicines Agency (EMA). The European Union allowed the development of biosimilars in 2001, and since then biosimilar regulation has been introduced in the US and other countries. Introducing biosimilars aimed to foster competition and decrease health care costs. Many biopharmaceuticals are recombinant produced proteins. It can be expected that the various stakeholders (regulators, industry, prescribers, and patients) each have their view of what is similar enough and that such views may even differ significantly within those stakeholder groups. Unfortunately, little is known about how these different stakeholders interpret ‘high similarity’, and how these views influence the approval, development, and use of biosimilars.

Medicines authority regulator perspectives will be explored on e.g. perceived regulatory differences between establishing biosimilarity and the comparability exercise required at manufacturing changes for biotechnological medicinal products. At the industry level, ‘similarity’ can be a contentious legal and technological issue. Given the complex intellectual property landscape, a biosimilar development will likely use different process steps to lead to a version of the reference active substance. However, this may also result in a product that in principle is better, and the company may have to consider if wanting to apply for a full marketing authorization instead.

Another potential challenge for biosimilars is market penetration, where also the views of payers, physicians and patients are relevant. These views will affect the use of biosimilars in practice, but research is scant, for example, on the issue of factors related to decision making about the choice of products from both the prescriber and patient perspectives. More knowledge is needed about why similarity concerns arise about effectiveness as well as the potential differences in formulation and device.