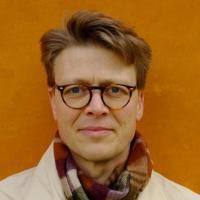 My contributions to science draw on my competences in philosophy, philology and theology. My research is driven by questions crossing disciplinary boundaries, and I have consciously positioned myself where such disciplines intersect. Trained in philosophy, I have explored into the ways in which knowledge about philosophy’s past has been produced, and how that knowledge influence philosophy proper. In 2018, I was thus invited to act as co-editor at the prestigious British Journal for the History of Philosophy, developing my methodological ideas. My research has been recognized in The Cambridge History of Philosophy, 1945-2015 (published 2019), primarily due to my work on the methodology of history of philosophy, which has influenced philosophy, classical philology, history and theology. As a person, I am deeply motivated by ethical concerns about the ways in which we live our lives, how we relate to each other and to nature, and how we perceive ourselves in collective memories.

2010-2013: Director of the Centre for Neoplatonic Virtue Ethics, UCPH.

2002: Research Assistant, The Danish Research School for Philosophy, History of Ideas and History of Science, University of Roskilde, Denmark.

2018: Fellow at the School of History, Classics & Archaeology, University of Edinburgh,

2012: Nominated for the prize Årets Harald, awarded to an excellent lecturer at UCPH.

2021-: Head of the international work group Seventeenth- and Eighteenth-Century Socratic Studies, under the auspices of The International Society for Socratic Studies. I plan two annual meetings in Europe from 2021 onwards, in collaboration with Donald Morrison, Rice University, US.

2018-: Co-founder of The International Society for Socratic Studies, initiated by Donald Morrison.

2014-: Co-founder and co-organizer with Sabrina Ebbersmeyer of The History of Philosophy Research Group, UCPH.

2013: Libraries, Lives, and the Organization of Knowledge in the Premodern World. I co-organized the conference with Christopher Celenza, director at The American Academy, Rome.

2013: Platonism after Plato in the Renaissance. I co-organized the conference with Jill Kraye, Guido Giglioni and Anna Corrias. Warburg Institute, School of Advanced Study, University of London. November 7-8, 2013.

2010-: Founder and organizer of the Copenhagen Intellectual History Seminar, UCPH.

2017-20: The Historiography of Philosophy, 1800-1950. Conference co-organized with Mogens Lærke, École Normale Supérieure, Lyon.I was also co-editor of the ensuing special issue of the British Journal for the History of Philosophy vol. 28 (2020). It is one of the most prestigious journals in Europe dedicated to the history of philosophy.

2011-12: Research collaboration between Centre for Neoplatonic Virtue Ethics at UCPH and director Anna Marmodoro at the Power Structuralism in Ancient Ontologies, Department of Philosophy, University of Oxford.

2018-19: Head of an interdisciplinary taskforce focusing on the Philosophy Programme, UCPH. Appointed by Dean Jesper Kallestrup.

2010-12: Head of Study Board, The Department of Media, Cognition and Communication, UCPH.

I have taught extensively at BA, MA and PhD levels in philosophy: Ancient Greek philosophy, virtue ethics, environmental virtue ethics, methodology of history of philosophy. Besides I have often co-taught at interdisciplinary courses. Mentor for 5 postdocs, (co-)supervisor for 5 PhDs. Since 2011, I have been invited to teach the historiography of philosophy at 8 PhD courses, e.g. at the Universidad Nacional Autónoma de México, Mexico City; École Normale Supérieure, Lyon; Technische Universiteit at Eindhoven, The Netherlands.

I have published 24 peer reviewed articles in international high-profile journals, 12 book chapters and 9 books. My 10th book will be published by Oxford University Press. Apart from 2 texts, I am sole author to these publications. This output falls within philosophy, classical philology and history; most of it is in English, though some of it has been translated into Spanish. The book chapters are typically off-shots from international research collaborations that I have been invited into.

For citations of my publications registred in Google Scholar, please click here.

Since 2011, I have given 65 papers in 20 countrines. For a complete list of my papers, which often prepare my publications, please click here.

• A total of 11,300 € from the Institut d’histoire de representations et des idées dans les modernités at the École Normale Supérieure de Lyon, British Society for the History of Philosophy and UCPH. I was co-I with Mogens Lærke: The Historiography of Philosophy, 1800-1950. (2017-20)

Poems published in Hvedekorn (1987 and 1988). Sculptures exhibited at Charlottenborg Forårsudstilling 1988, and Gallery Basilisk 1991 (with Ellen Hyllemose).