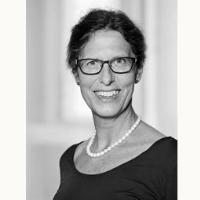 I hold joint degrees in English literature and art history, and the majority of my research centres on word-image relations, primarily in the nineteenth century. My current interests revolve around literary and visual portraiture, ekphrasis, and the interrelationship between language, sculpture and literature. I am interested in the literary forms chosen for writing about sculpture in the nineteenth century, in the stratification of language and in the way in which language can evoke three-dimensionality. Another current research interest is nineteenth-century cosmopolitanism, going back to some of my earlier work about the Victorian reception of the Italian Renaissance. In my ongoing work on Walter Pater’s Imaginary Portraits I am pursuing the close web of Anglo-French, Anglo-Dutch and Anglo-Italian forces at work as subtexts in his writings.

I teach and supervise broadly within British literature and art from the Renaissance until the 20th century.