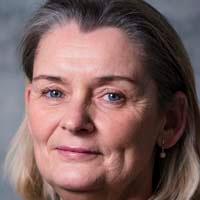 To understanding the genetic origins of complex diseases, as well as the impact of environmental factors, is the central challenge of modern biomedicine.

It is known that defects in DNA mismatch repair (MMR) activity result in increased spontaneous mutation rates and the first example linking colon cancer to a mutator defect was the discovery of MMR defects in Hereditary Nonpolyposis Colorectal Cancer (HNPCC) patients. At present, germline mutations of several genes, orthologs of bacterial components involved in MMR, have been found in HNPCC patients, i.e., hEXO1, hMSH2, hMSH6, hMLH1, hPMS1 and hPMS2. The early onset of colorectal cancer and a broad spectrum of extracolonic cancers characterize HNPCC. HNPCC gene carriers inherit a mutation in one of the alleles encoding a MMR gene, and the second copy is mutated or lost as an early event in the development of a tumor. This second event renders cells MMR deficient, presumably leading to the rapid accumulation of mutations that drive tumor development. What exactly causes the underlying predisposition to colorectal cancer in HNPCC individuals remains to be elucidated. However, emerging data suggest that depending on the nature of mutation in the MMR genes and the expression both the composition and the activity of the DNA repair complexes may vary among HNPCC individuals.

DNA mismatches can arise through DNA replication errors, physical damage, or heteroduplex formation during genetic recombination. If left unrepaired, these mismatches become fixed in the genome as mutations. Models for the initiation of MMR have been developed based on structural, genetic as well as biochemical studies. In these models, a mismatch is first recognized and bound by either the hMSH2-hMSH6 or the hMSH2-hMSH3 complex. The hMLH1-PMS2 complex is believed to create a contact between an endonuclease (MutH homolog) and the hMSH2-hMSH6/hMSH2-hMSH3 complexes. The endonuclease activity is thereby activated and a single nick is introduced into the newly synthesized strand. The DNA double helix is unwound by helicases and exonucleases remove the bases on the newly synthesized strand. DNA polymerase fills in the excision tract and DNA ligase closes the nick.

Research interests:
• To identify new nuclear and mitochondrial MMR proteins and to characterize their biological roles
• To develop biochemical assays to diagnose HNPCC and other cancers with defective MMR
• Identify molecular targets for development of strategies for treatment of HNPCC and related cancers

Mitochondrial diseases represent a diagnostic challenge because of their wide variation in appearance and course. Organs and tissue frequently affected in mitochondrial diseases are the peripheral nervous system, brain, heart, eyes, ears, guts, kidney, and bone marrow. The genetic defects in patients suffering from mitochondrial diseases are either due to sporadic or inherited mutations in nuclear DNA (nDNA) or mitochondrial DNA (mtDNA) located genes. Mitochondrial diseases usually show a chronic, slowly progressive course and are characterized by multiorgan involvement with varying onset between birth and late adulthood. In a large number of cases the activity of the respiratory chain protein complexes is affected, leading to impaired oxygen metabolism, reduced energy production, and increased reactive oxygen species (ROS). To date there is no efficient therapy and cure for mitochondrial diseases and in order to develop better therapies it is necessary to know more about molecular mechanisms and mitochondrial proteins.

Mitochondria are the powerhouse for the generation of cellular energy pool and are important for a number of basic processes such as the regulation of energy homeostasis and programmed cell death. Research in mitochondria touches several disease-related fields at the clinical level, because mitochondrial dysfunction or mutations contribute to the ontogeny of cancer, diabetes, blindness, deafness, migraine, and diseases of the heart, kidney, liver, and muscles. Furthermore, mitochondrial dysfunction is involved in ageing and neurodegenerative disorders such as Parkinson's and Alzheimer's dementia. Because the foremost function of mitochondria is to generate cellular energy through oxidative phosphorylation, many of the tissues affected by mitochondrial diseases consist of cell types with a high demand of energy. Communication between the mitochondrial and nuclear genomes of eukaryotes is crucial for the normal coordination of mtDNA replication, as all factors necessary for this process are encoded in the nDNA. Furthermore, a balanced dNTP pool is essential for both normal nDNA and mtDNA replication and is tightly regulated by both the de novo and the salvage pathways for nucleotide biosynthesis.