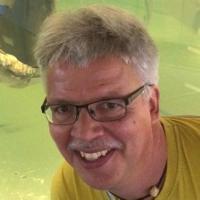 - Comparative anatomy and phylogeny of Apocrita: The large majority of Hymenoptera are placed in the Apocrita (‘wasp-waisted' wasps), which comprises more than 100.000 described species and at least as many undescribed, the majority of which are parasitoids of other insects. Up until now, a consensus towards the phylogeny of this diverse group remains elusive. A major research effort, HymAToL (http://www.hymatol.org/index.html) has recently (2003) been initiated to explore the phylogeny of all Hymenoptera. This is part of the ‘Assembling the Tree of Life'-programme funded by the American National Science Foundation. I am participating in this programme and will primarily contribute by assembling a morphological character set for the thorax - anterior abdomen region to elucidate the phylogeny at the family/superfamily level.

- Systematics of the Orussidae. This is a small (approx. 80 described species) family of parasitic wasps. They attack immatures of woodliving insects, primarily of Buprestidae and Cerambycidae. Potential hosts are presumably detected by a sophisticated echolocation mechanism in the females involving the highly modified antennae and fore legs (Vilhelmsen et al. 2001). The Orussidae are widespread, being found in all major biogeographic regions, but uncommon and rarely collected; more than a quarter of the currently recognized species are known from only one specimen. A comprehensive worldwide revision of the family (Vilhelmsen 2003) and a cladistic analysis including fossils and treatment of the biogeography (Vilhelmsen 2004) have been published. Additional species continue to appear (Vilhelmsen 2005), and the number of known species is likely to increase substantially.