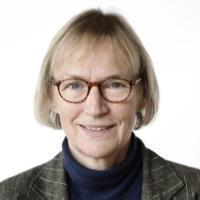 coordinator of the researcher group Nature and Environmental Change.

In terms of regional interest, my primary work has been in Iceland and Greenland. In both of these places I have conducted long-term fieldwork and have delved deeply into the natural and social histories, and their conjunction. My work on Iceland resulted in three monographs and numerous articles.

Currently, my principal research is based on consecutive fieldworks in Northwest Greenland since 2007. Here we find a small community of hunters, numbering some 700 people and living mainly from the hunting of marine mammals and seabirds, using dog sledges and kayaks as principal means of transport. While small and geographically cut off from the rest of Greenland, people are of course deeply implicated in the modern world. In the wake of global climate change, the sea-ice in the region is dwindling rapidly, challenging the ancient way of life, and demanding serious reflections on the future. What cannot but amaze the anthropologist is the patience and wisdom with which they ponder their options.

My work in the region gained momentum with an Advanced Grant I received from the ERC in 2008 (c. 22 million DKK), and which allowed me to run a major comparative project, called Waterworlds, dealing with social responses to climate change across the globe in the period 2009-14 (see web page). A total of fifteen researchers – and fifteen fields – were part of this effort, out of which a number of collective volumes have sprung. The project has contributed both empirically and theoretically to dissolving the dualism between nature and society.

Since July 2014, I am PI of a new project, jointly funded by the Velux Foundations and the Carlsberg Foundation (c. 19 million DKK). It is called The NOW Project: Living Resources and Human Societies around the North Water in the Thule Area, NW Greenland. In addition to anthropologists, the project involves archaeologists and biologists. My previous work in the region continues here in a concerted, cross-disciplinary effort to understand the long-term development of the resource space shared by humans and animals under shifting climatic conditions (see web page). Both of these research efforts have resulted in numerous publications.

These regional studies have contributed vastly also to my general theoretical and methodological interests, now centring on the entanglement of natural and social processes. This is reflected also in my teaching, where most recently I am involved in the course on Environmental Anthropology, and modules on Arctic anthropology.