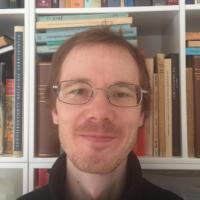 Since June 2021 I have been a postdoc at the Section of Biblical Studies as part of the AMRAM project (Apocalypticism: Manuscripts, Rewriting, and Authority Management): AMRAM – University of Copenhagen (ku.dk). In the project we investigate early apocalyptic literature, taking as our starting point the Aramaic composition known as "Visions of Amram", found among the Dead Sea Scrolls. In addition to contributing to the collective project, including a new, digital edition of the Amram manuscripts and a commentary, I have my own subproject. My aim is to investigate and describe the tension between the notions of divine control and human choice, as expressed in ancient Jewish writings.