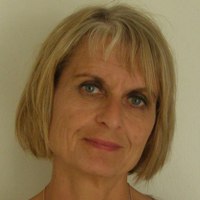 Scientific work in the area of sudden death in infancy including sudden infant death syndrome (SIDS) with focus in part from the need to acquire skills in the field of forensic pathology such as autopsy techniques, organ examinations and histology  including histochemical, genetic and molecular biological studies with interleukin detection, development of methods for isolating mRNA from formalin- fixed, paraffin-embedded tissue, functional studies on tenoblasts from SIDS cases and genetic tests on purified DNA from blood.

In recent years the focus has been on the adult group of sudden death patients – including sudden cardiac death and the increased morbidity, co-morbidity and excess mortality among mentally ill persons. In order to meet the standard for evidence-based medicine in forensic pathology, these studies have required increased focus on the implementation of international pathology standards, especially for heart examination in forensic pathology, tissue sampling techniques and storage of relevant tissue.