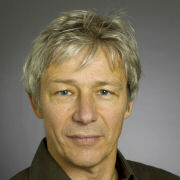 The most essential contributions of my research is probably the following:

1) As initiator and chairman of COST Action A14  “Government and Democracy in the Information Age” (1998-2003); a European research network spanning 16 countries and around 70 researchers, i did pioneering work on the relations between democracy, politics and ICT, and was instrumental in establishing this as a research field within European political science.

2) This was followed up by the Danish project ”Medier og demokrati i netværkssamfundet” (MODINET)(Media and Democracy in the Network Society). As an initiator of the project and member of the steering group I was instrumental in an interdisciplinary effort trying to bring media studies and political science together in innovative studies of digital media.

3) As initiator and leader of the project “Citizen Driven Environmental Action (CIDEA), an interdisciplinary project involving researchers from both the social and natural sciences, I have insisted on the importance of integrating social science perspectives in the study of climate change and sustainability. I am now trying to establish a center on Sustainability and Society at the level of the Faculty of Social Sciences at UCPH.

All three projects have resulted in numerous books and articles by renowed publishers and in peer-reviewed journals (see highlighted content).

Current research concerns climate change mitigation and adaptation. In spring 2015 I spend three months doing research in New York City on the city's climate change adaptation plan in a stakeholder (bottom-up) perspective affiliated with NYU. From 2010-14 I lead the CIDEA (Citizen Driven Environmental Action) project, which primary research question was how to involve citizens in climate change mitigation efforts at the local level in Denmark. Inspiration was sought abroad, and doing a pilot project I spend 4 month in Australia and New Zealand in 2010 as a visiting professor at Victoria University undertaking an evaluation of the CCP-programmes in both countries.

Also, research is currently done in the area of Internet and politics; especially concerning the effects of Internet campaigning during national elections (latest 2015).