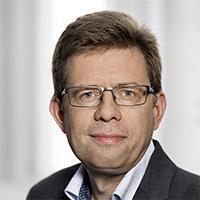 The brain communicates via special contact points, called synapses. The human brain contains up to 1015 (i.e. a quadrillion) synaptic connections between its neurons. Most of these synapses are chemical, i.e. they work by releasing a chemical (a neurotransmitter) via fusion of a synaptic vesicle with the plasma membrane. The same mechanism (exocytosis) underlies the release of water-soluble hormones, such as insulin. Synaptic transmission is triggered by the arrival of an action potential within a fraction of a millisecond, and it is actively regulated over the long and short term, which allows information processing, learning and memory. Mutation, dysregulation or other insults to the synapse can lead to a number of brain diseases characterized by unbalanced or ineffective network activity, such as epilepsy, Intellectual Disability, and schizophrenia, whereas other synaptic problems lead to neurodegeneration. These diseases are sometimes referred to as ‘synaptopathies’, because they start at the synapse.

The Sørensen group has expertise in studying the molecular and cellular mechanisms of neurotransmitter release in chemical synapses and in neuroendocrine cells. We do optical and electrophysiological measurements on living cells, and combine this with molecular biology methods (mouse knockouts, viral expression). We have recently started using cryo-electron microscopy, which delivers the promise to visualize single proteins in their native cellular environment. We want to understand how defective neurotransmitter release leads to disease.