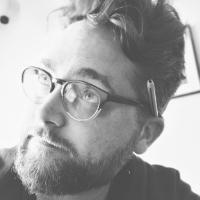 Jake's main focus is on the use of cognitive science to aid in the interpretation of European caselaw.

He is currently funded as a Carlsberg Foundation Postdoctoral Fellow for his project Code, Law, and Language (COLLAGE).

The aim of COLLAGE is to understand linguistic framing's role in judicial interpretation. It investigates how the law draws analogies from old concepts to new technologies. It explores how a change in language, which is used to describe a new technology, can affect a change in judgment and precedent choice. COLLAGE conducts linguistic experiments and generalises the results to test over a corpus of case law. He tests how language use affects the legal understanding of algorithmic decision making and genetic modification and what this implies for current and future regulatory systems.

Jake was previously at the University of Kent’s Brussels School of International Studies (BSIS) where he developed a proof of method for the use of a computer-aided methodology to incorporate Cognitive Linguistics in investigating the force of precedent and conceptual change in the production of legal categories. In that work, he focused on European data privacy law, though his research spans a larger area and considers the broader application of law to new technology and the role of language in judicial decision making.

Alongside COLLAGE, Jake is currently working on a manuscript Margins of Error: Algorithmic Decision Making in Public Law part of the Routledge New Trajectories in Law series. This work covers the use of machine learning and artifical intelligence technologies and thier introduction into public administration, policing, and governance institutions, among others. He addresses the regulatory challenges and solutions to these technological developments.

Jake's other work extends his research into  the use of cognitive framing in international courts. This work covers notions of space, causality, deixis, and probability, among others. This research covers various domains including: