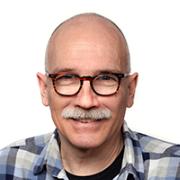 Acylethanolamides is a group of bioactive lipids. Different members of this group can activate different receptors, e.g. cannabinoid receptors, vanilloid receptor, GPR119, several ion-channels and PPARalpha. We are studying the formation and degradation of acylethanolamides and their phospholipid precursors, N-acyl-phosphatidylethanolamines, in vitro and in vivo, especially in the brain and the gastrointestinal system. Two members of this group, oleoylethanolamide and linoleoylethanolamide, are involved in sending anorectic signals from the gut to the brain via the vagus nerve, and their intestinal levels are regulated by the intake of dietary fat. N-acyl-phosphatidylethanolamines may also signal from the gut to the brain in a hormone-like fashion. These lipids may also serve a regulatory role during cellular injury in the brain. Other bioactive lipids are also investigated as ligands for orphan receptors and as regulators of energy metabolism. 2-oleoylglycerol is an agonist for GPR119 and can stimulate GLP-1 release from intestinal cells.

The research is centred on understanding the physiological and pharmacological role of bioactive lipids.