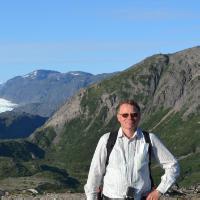 My main interest is development of genetically sustainable management and domestication practices of trees in the face of climate change.

Currently, I am  in charge of  a major study on adaptive potential of the native Danish oak species to future climatic conditions.  In recent years, I have become increasingly interested in the role of tree x microbiomes interaction. I have during the last decade been part in several studies on genetics of host pathogen interaction with focus on tolerance of  European Ash (Fraxinus excelsior) against the novel Ash decline (Hymenoscyphus fraxineus) in Europe. In recent years,  we have expanded this research to study the Ash holobiont and the importance of the microbiome for healthy ash trees.

I am involved in management of the the Hørsholm Arboretum, which is the Danish national Arboretum with more than 1500 different woody plant species.

Outside Europe, I am currrently involved in studies of  tropical food tree species in co-operation with partners in West Africa.