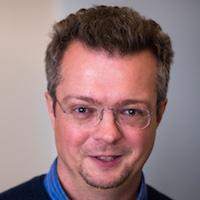 I use high-resolution mass spectrometry (MS) to sequence ancient protein residues recovered from paleontological and cultural heritage materials. I am actively involved in methodological development to push reliable recovery of ancient proteins further back in time, to minimise starting sample quantities and to improve data analysis and interpretation.

Initially trained in biochemistry and molecular biology at the University of Turin (Italy), I then expanded my expertise in proteomics and investigation of ancient proteins and DNA. I was trained in analysis of ancient DNA from archaeological human remains (Cappellini et al., Journal of Archaeological Science 2004) and I received my PhD at the University of Florence (Italy) in 2003. During my post-doctoral activity in at the University of York (UK) I continued working on ancient DNA and started characterisation of ancient protein residues by amino acid racemisation analysis and MS-based proteomics (Willerslev, Cappellini et al., Science 2007, Cappellini et al., Naturwissenschaften 2010). I moved to the Centre for GeoGenetics, Natural History Museum of Denmark (SNM), University of Copenhagen (DK), in 2009 and I continued applying proteomics techniques to ancient samples in collaboration with colleagues at the Novo Nordisk Foundation center for Protein Research (CPR). We published published the first ancient proteome (Cappellini et al., JPR, 2012) and the first ancient oral metaproteome (Warinner et al., Nature Genetics, 2014). As a demonstration of his prominent role in paleoproteomics investigation he was invited to submit a “Perspective” piece by the multidisciplinary scientific magazine “Science”.

In October 2016 I was appointed Associate Professor in Paleoproteomics at SNM to start my own research group.

Since 2009: Teacher in the “Evolution and Ancient DNA: Practice and Theory” 7.5 ECTS credits master course, Department of Biology, University of Copenhagen, Denmark.