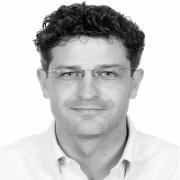 I joined the faculty in 2012 after a career in government consulting, mainly in the Middle East and Central Asia. My areas of interest are public international law, especially the law of armed conflict; public law, especially administrative and constitutional law in post-conflict settings; and Islamic law, again especially its (underdeveloped) public law.

I have been trained at the School of Oriental and African Studies in London, Trinity College Dublin, the Kennedy School of Government at Harvard University, and the Max Planck Institute for International Law in Heidelberg.

My research interests are broad, perhaps overly so, across public international law, public law and legal history, as well as political science and history. Due to both temperament, curiosity and professional experience, I am particularly fascinated by the manner in which regulatory systems operate in dysfunctional settings, a set of problems often subsumed under the rubric of state-building.

My interest in Islamic law derives from professional experience in conducting legal and administrative reform in Muslim nations.

I have recently completed a major research project on “A New Era of Arab Parliamentarism” in conjunction with colleagues at our Department of Cross-Cultural Studies (TORS) and universities in Egypt, Morocco and Tunisia. You can find more information about the project here:

In connection with this project and in continuation of earlier efforts, I remain very interested in online education and have recently completed my second course on “After the Arab Spring: Democratic Aspirations and State Failure.” Like my first course, “Constitutional Struggles in the Muslim World,” it can be accessed free of charge under the following links:

I am currently on leave during the academic year 2017/2018. During the Fall Semester 2017, I am a senior fellow at the Norwegian Academy of Science, working on a collaborative project on civil wars:

In the Spring Semester 2018, I will be a senior fellow at the Islamic Legal Studies Program at Harvard Law School, working on a comparative investigation of the Islamic religious endowment waqf and the institution of the landed trust in Western law:

I am currently on research leave in Oslo and Harvard, so will not teach any courses during the academic year 2017/18. My two online courses remain open.

I continue to offer supervision for masters and doctoral students during that period.