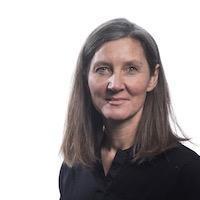 In my research I focus on conceptual developments and reinterpretations of empirical terrains within diverse historical fields such as the history of technology, mobility, gender and material culture.

Across several book projects, I have contributed to theoretical developments within the discipline of history. My monograph Tegnets tid. Fortid, historie og historicitet efter den sproglige vending [The Temporality of Signs. The Past, History and Historicity after the Linguistic Turn] (2003) provided a temporal interpretation of the linguistic turn. Mobilizing the concept of ‘radical historicity,’ I developed new tools for historical analysis in the wake of a poststructuralist challenges to notions of temporal linearity, subjectivity, and narration. With Tine Damsholt and Camilla Mordhorst, I edited the volume Materialiseringer. Nye perspektiver på materialitet og kulturanalyse [Materializations. New Perspectives on Materiality and Cultural Analysis] (2009) developing a longstanding interest in materiality and its entanglement in human and cultural practices.

Most of my empirical research lies in the intersection between technology, mobility, and acceleration in 20th century Western societies. I have been particularity interested in aviation and its key role in the making of new spatial formations such as airspaces, vertical geographies, and in the geopolitical quests for nationalization and globalization of the air. Through a number of key articles, I have investigated how the introduction of airplanes transformed networks of humans and nonhumans. The ability to move through the air changed the space above us as well as the ways we perceive national spaces and planet Earth as an entity. Moreover, my research on air and aviation has introduced temporal categories to the history of technology by focusing on the acceleration and temporal experiences of aerial mobility, integrating embodied and gendered perspectives as well.

Recently, I have embarked on an investigation of Anthropocene Air; an environmental history of flight, greenhouse gas emissions and aerial agency. Because of its ubiquity and fluid properties, the air is a privileged medium for investigating how human activities are fundamentally interwoven with planetary ecosystems in the Anthropocene Epoch. In our current environmental predicament, the air enveloping Earth is simultaneously an almost incomprehensible ‘hyperobject’, massive in its spatial and temporal scales, and an intimate agent we encounter in every breath we take. Although our ability to reduce the concentration of CO2 equivalents in the air will arguably determine the next phase of life on Earth, aviation is tangled up in political exceptionalism and cultural values of expansion and freedom. Thus, at a time when governments and publics alike pledge to significantly reduce GHG emissions, the 4+ billion yearly passenger in commercial aircraft are set to more than double over the next three decades. Following the trails of airplanes, this historical project aims to make Anthropocene air sensible and to decenter narratives of human history exploring air as a fundamental, yet ephemeral ‘thing’, which connects, enacts and produces history in our current era.

In addition to my work on history at UCPH, I have substantial administrative and managerial experience, including my appointment as Chair of the Danish Research Council for the Humanities (Independent Research Fund Denmark| Culture and Communication) (2017-2019), and as Director of the Doctoral School for History, Ethnology, Archaeology, Greek and Latin and Coordinator of PhD scholarships at the Saxo Institute (2012-2014), where I am currently Postdoc Coordinator (2020-). In 2011, I was awarded the Einar Hansen’s Award for Outstanding Research in the Humanities by a joint committee of the Universities of Copenhagen and Lund.