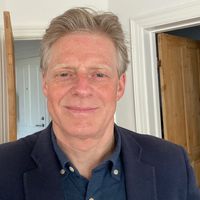 Dirk Lund Christensen is Associate Professor at the Section of Global Health. His main research interests are cardio-metabolic diseases with different exposure variables such as physical activity, cardiorespiratory fitness, high fat diet, low birth weight, and infections (TB, malaria etc). Recently, he has also examined the relationship between extreme physical activity exposure and potential damage of key organs (heart and kidneys). Another main interest is the use of methodological tools for diagnosis of cardio-metabolic diseases such as HbA1c (diabetes) and triglyceride (dyslipidaemia) due to their poor applicability in non-European/European Diaspora populations.

Dirk holds an MSc in human physiology from the University of Copenhagen in Denmark. He also has MA and PhD in African Studies and diabetes epidemiology, respectively, both obtained at the University of Copenhagen. His PhD study was an investigation of diabetes and risk factors in different populations (ethnic, rural vs. urban) in Kenya where he has formerly studied elite runners. Dirk has also been involved in studies in physical activity in relation to risk factors of metabolic disease in low- and middle-income countries, including Tarahumara Indians of Mexico, low birth weight individuals vs. normal birth weight individuals in India, and TB patients in Tanzania, among others.

Up-coming project is to investigate the relationship between iron-deficiency anaemia and HbA1c in an Indonesian population.

Dirk holds a secondary position as Visiting Scientist at the University of Cambridge, United Kingdom, where he has previously worked as Senior Investigator Scientist.