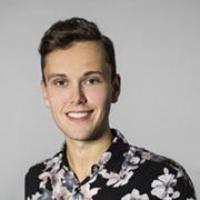 Dean Cooper-Cunningham is a Ph.D. Fellow at the University of Copenhagen working at the intersections of Feminist and Queer theories, Visual Politics, and Security Studies. He is currently researching the ways that images are used to construct LGBTQ+ individuals as threats to national security and the ways that this construction is resisted by Queer actors.

His Ph.D. project focuses on the international response to the domestic persecution of Queer individuals in the Russian Federation following the introduction of the 'Gay Propaganda Law' in 2013. It is centres around three political events: (1) the introduction of the homopropaganda law and Pride protests in St. Petersburg (2013); (2) the Sochi Winter Olympics (2014); and (3) the creation and use of 'Gay Clown Putin' memes (2013-present).

Previously, Dean held an editorial position with E-International Relations between 2015-2018 and was shortlisted for the Millennium: Journal of International Studies Northedge Prize in 2017.

My current research focuses on how gender, sexuality, and international relations intersect. Taking a predominantly visual approach, I explore the articulation of (in)security by means of communicative modes beyond speech. I have developed a tripartite model for analysing the interaction of text-practcice-visual in my most recent article Seeing (In)Security, Gender, and Silencing.

My PhD focuses predominantly on the politics LGBTQ+ movements and asks how sexual orientation- and gender- specific (in)securities are constituted by images.

My Ph.D. project focuses on the articulation of international response to the persecution of LGBTQ+ individuals in the Russian Federation. It is concerned with the ways that Queer bodies have been constructed as dangers to society and politics because of their ‘difference’.

In particular, I look at how images contribute to and dispute this construction of difference as danger, and how the body has been used as a canvas for protest and resistance, through and upon which politics is played out. Specifically, I look at how alternative methods of 'speaking' security are adopted by marginalised individuals, opening up new spaces and direction for security scholarship.

Ultimately, the PhD project is about understanding how certain bodies are made ‘different’ and dangerous across cultures, societies, and time. It also has a normative value, such that in the process of my research I may be able to identify ways of dialling back these constructions of dangerous difference, which has become increasingly important in light of the greater acceptance of racist, gendered, and queerphobic language of late.