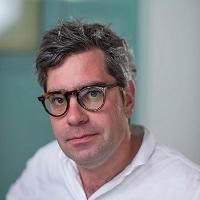 I am a historian of European colonial history with an emphasis on the global dimension of the First World War. I am particularly interested in the interaction between African, Indian, and European soldiers and civilians in the colonial theatres of war and the representation and memory of these campaigns in Europe and Africa.

I was educated at the University of Tübingen and Humboldt University of Berlin (M.A.) and worked for five years as a researcher in the multimedia department of the German Historical Museum in Berlin. I completed my PhD at Trinity College Dublin (PhD), where I held an Ussher Fellowship. Subsequently, I was a postdoctoral researcher with the HERA-funded project ‘Cultural Exchange in a Time of Global Conflict’ at King's College London. Before joining the Saxo Institute, I was a lecturer at the University of Exeter.