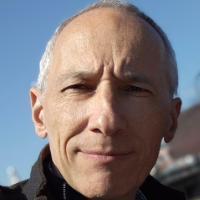 I am mainly working on topics in the field of phenomenology, philosophy of mind, and cognitive science. I have written on the nature of selfhood, self-consciousness, intersubjectivity, social cognition, temporality, sociality, shame, empathy and collective intentionality. I am the author of a number of books including Husserl’s Phenomenology (Stanford 2003), Subjectivity and Selfhood (MIT Press 2005), The Phenomenological Mind together with S. Gallagher (Routledge 2008/2012), Self and Other (OUP 2014),  Husserl's Legacy (OUP 2017), and Phenomenology: The Basics (Routledge 2019). I am co-editor in chief of the journal Phenomenology and the Cognitive Sciences.

I teach mainly on the MA level in topics related to phenomenology and philosophy of mind. During the last years, I have taught courses on the relation between consciousness and self-consciousness, on collective intentionality, on shame, and on Husserl's work Crisis.

I supervise in topics related to philosophy of mind and phenomenology (self-consciousness, levels of self, empathy, social cognition, embodiment, Husserl, Merleau-Ponty, etc.).