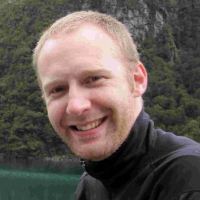 Measurements of neutrio oscillation using the IceCube neutrino observatory, specifically the DeepCore sub-array and IceCube Upgrade, are my primary field of interest.

Neutrinos are the most abundant particles in the known universe, after photons, and also the most elusive and mysterious. They are produced and interact in one of three flavour states associated with the three charged leptons (νe – electron, νμ – muon, and ντ – tau), however they oscillate quantum mechanically between flavours as they propagate and can be described as an admixture of mass eigenstates (ν1, ν2, and ν3). That neutrinos have a small mass is the first, and currently only, laboratory signal that there must exist new physics beyond the Standard Model (in which they are massless by definition). Precision measurements of neutrino oscillations is thus a portal to future discoveries, with important consequences for cosmology as well as fundamental physics.

The NBI IceCube group information can be found at http://icecube.nbi.ku.dk