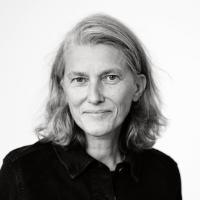 Presently, my research interest is oriented towards the interface between nature, ethics, politics and religion in Danish/Nordic contexts. From 2018 I am the principal investigator of the research project Enchanted Ecologies in Scandinavia.

Since 1992 I have been working with the anthropology of religion the context of the Danish state church Folkekirken. Fieldwork was carried out in relation to death rituals and other rites of passage, everyday teology and the education of vicars. The analytical themes were social ontology, communication, complexity and the relation between the secular and religious.

Since 2005 my research interest also comprised Christianity in Polynesia. Based on fieldwork on Rarotonga, the main island in the Cook Islands, focus shifted in 2009 to the local responses to climate change.

2015. Respect and passion in a lagoon in the South Pacific. In Waterworlds. Anthropology in Fluid Environments, edited by K Hastrup and F Hastrup.

2014. Living with Environmental Change. Waterworlds, co-edited with with K Hastrup