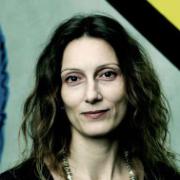 Prof. Anja Groth leads a research group at the Biotech Research and Innovation Centre (BRIC), Faculty of Health and Medical Sciences, University of Copenhagen. Anja Groth received her PhD in Molecular Biology from the University of Copenhagen in 2004 for her research in the laboratory of Drs. Lukas and Bartek. She did her postdoctoral training from 2005 to 2007 with Dr. Almouzni at Institut Curie, Paris, focusing on histone dynamics during DNA replication. In 2008 Dr. Groth started as a junior group leader at BRIC, supported by a Junior Group Leader Fellowship from the Lundbeck Foundation. She was tenured in 2013 and promoted to professor in 2016. Prof. Anja Groth has received several prestigious awards, including the Danish Research Council Young Elite Researcher Prize (2009), the Danish Cancer Society Junior Research Prize (2011), the Heirloom Award for Women Scientist Leaders (2014) and the Elite Research Prize by the Danish Ministry of Higher Education and Science (2018). She was elected as a member of the Royal Danish Academy of Sciences and Letters in 2016 and EMBO in 2017. The scientific focus of Anja Groth is epigenetic cell memory, chromatin replication and the interplay between genome and epigenome stability. Her research group has contributed with seminal discoveries on histone chaperone function, chromatin replication mechanisms, inheritance of histone post-translational modifications and functions of new/old histones in DNA repair. The Groth group has a strong record track in collaborative interdisciplinary research and developing new tailored technologies to address epigenetic cell memory (Nascent Chromatin Capture, ChOR-seq and SCAR-seq). In 2018, Dr. Groth founded Ankrin Therapeutics, a drug discovery company with the aim to develop new targeted cancer therapy based on her discovery of a new chromatin-linked DNA repair mechanism.