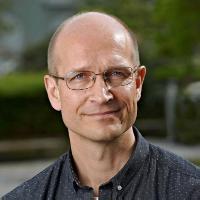 The aim of the laboratory is to unveil fundamental biological mechanisms and understand how these become perturbed during diseases, with the ambition that our findings may contribute to the development of clinical tools.

We focus mainly on various classes of non-coding RNAs, such as microRNAs, snoRNAs, tRNAs, rRNA, and lncRNAs. In addition, we study RNA binding proteins and RNA modifications.

The ribosomal RNA (rRNA) is heavily decorated with a wide array of post-transcriptional modifications, the most abundant of which is 2’-O-methylation (2’-Ome). We have mapped the presence of 2’-Ome sites on the rRNA from a large panel of cell lines, tissues and tumor samples, and find that some 2’-O-me sites are methylated only on a subset of ribosomes. Furthermore, some sites are dynamically methylated in normal physiological settings, such as brain development and cellular differentiation, following activation of oncogenic signaling, and during tumorigenic processes. Based on this, we explore the hypothesis that differential 2’-Ome alters the properties of ribosomes and imposes selective translation. Extending from this, we study if differential 2’-Ome constitutes a “coding” of the ribosomes to instigate specific translational programs. Such programs may be crucial during normal development and cellular homeostasis as well as under disease conditions.

With the realization that 80% of the genome is transcribed and only 2% serve as coding regions, the non-coding part of the transcriptome is likely to hold key to understanding many essential biological phenomena as well as pathologies. To explore this, we focus on the functions of long non-coding RNA in cancer with a special focus on cellular senescence.

We demonstrate here that ribosomes, the ‘protein factories’ in our cells, can be altered by cancer genes.

We show here that MIR31HG impacts the secretion of factor involved in inflammation and tumorsuppression.

We have unveiled the molecular mechanism by which the long non-coding RNA MIR31HG represses the expression of the cell cycle inhibitor p16INK4A. In proliferating cells, MIR31HG binds the INK4A promoter together with the Polycomb Group proteins (PcG) to inhibit p16INK4A transcription. During senescence, MIR31HG and PcG proteins are released from the promoter allowing p16INK4A expression. Consequently, the cells stop growing and enter the process called senescence.

Figure 1: Human fibroblasts after knockdown of MIR31HG and stained for β-galactosidase (blue), an enzyme that is only active during senescence.

We recently identified miR-95 as a potent regulator of lysosome function. miR-95 targets the activator of all cellular sulfatases, SUMF1. Mutations in SUMF1 lead to a condition known as multiple sulfatase deficiency (MSD). Our work shows that inhibiting miR-95 may partly restore SUMF1 and hence lysosome function and thereby points to a novel strategy for the treatment of MSD.

We recently identified and characterized a novel human tumor-suppressor, PRDM11.  By creating a mutant mouse strain lacking Prdm11, we demonstrate accelerated tumorigenesis in B-cell overexpressing the Myc oncogene. Importantly, PRDM11 expression is lost in a subset of patients suffering from diffuse large B-cell lymphoma and this correlates with a poor prognosis. Mechanistically, we characterize PRDM11 as a transcriptional regulator repressing key oncogenes, such as JUN and FOS.

Figure 3. Staining for PRDM11 in diffuse large B-cell lymphomas from patients with lost (left) or normal expression of PRDM11 (right).

Translational codes identified in the genome

We recently published the intriguing finding that select tRNAs are either up- or down-regulated in cancer and that these tRNAs are uniquely required for the translation of functional gene groups of importance to the disease. Working together with the group of Yitzhak Pilpel from the Weizmann Institute, we found that superimposed upon our genetic code are translational codes allowing the cell to boost translation of functional gene groups by altering the expression of specific tRNAs. We further show that these programs are hijacked in cancer. This finding is conceptually novel and may be exploited in the clinic.

A microRNA impacting on p53

p53 is the most important human tumor-suppressor. Using a functional screening approach to identify microRNAs impacting on the p53 pathway, we have identified miR-339-5p as a potent regulator of MDM2; a key mediator of p53 degradation. In agreement with this finding, we show that a negative correlation between miR-339-5p and MDM2 expression exists in human cancer, implying that the interaction is important for cancer development.